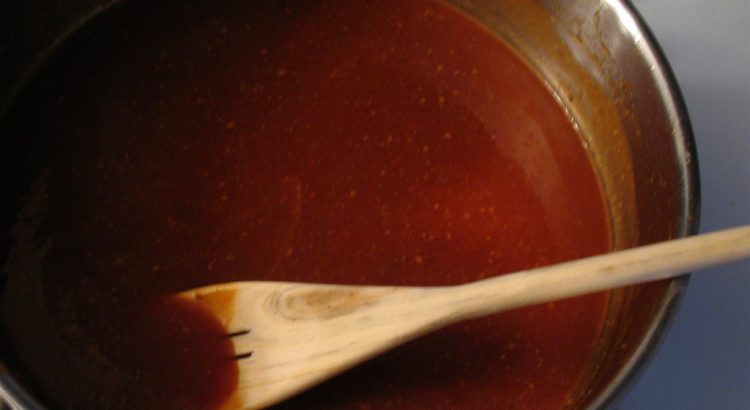 One of the most satisfying accomplishments for any cook is to make your own sauces, rather than relying on products from bottles, jars, or packets. Not only does a homemade sauce have better taste, it is also less costly and you can control what to add in it. Simply put, it is a major win. However, you can also make mistakes when you are making sauces. The sauce may be too lumpy, separating, too thick, or just plain burnt. Here is Ido Fishman’s Guide to the common mistakes that people make when cooking sauces and how they can be fixed. Let’s check it out:

Overcooking marinara sauce is the most common mistake people make with it. According to Ido Fishman, this is mostly because people think marinara sauce is just another synonym for tomato sauce and this is untrue. Traditionally, marinara sauce is a light, quick sauce that’s made from tomatoes, garlic and olive oil. Other tomato-based sauces take a long time to cook, but in the case of marinara sauce, the tomatoes need to be cooked as little as possible. Even if canned tomatoes are used, the sauce should maintain its fresh flavor, along with the tomatoes’ texture. Simmering marinara sauce for more than 20 minutes will kill it.

Rather than using powdered cheese sauce that comes in a box, making your own is a huge upgrade. A simple white sauce named béchamel marks the beginning of the homemade cheese sauce and you stir shredded cheese into it. Ido Fishman says that the cheese sauce will not separate because of the starch present in béchamel. However, if you want to make a velvety and smooth cheese sauce, you should coat the macaroni evenly with the right cheeses. Yes, using multiple cheeses is best if you don’t want the cheese sauce to separate.

Melted butter whisked into egg yolks can be used for making Hollandaise sauce. If it is done right, this classic emulsified sauce will have a smooth, creamy and buttery texture. Many people often end up with a broken Hollandaise sauce, but you can definitely fix it. Overcooking the egg yolks is a common hollandaise mistake and you cannot come back from that. However, the most common issue with the sauce is that the emulsion breaks and streaks of liquid butter can be seen, rather than a uniformly creamy sauce. This usually happens because of excessive whisking, or an issue with the temperature.

Luckily, Chef Ido Fishman says that it can be fixed. You can take a tablespoon of boiling water and whisk it, one drop at a time, into the broken hollandaise. If that doesn’t work out, you should separate an egg and add its yolk to a new bowl. Then, you can pour in the broken sauce, while you whisk vigorously.

Unlike the aforementioned sauces, the most common mistake that occurs with barbecue sauce is not in the making, but in how you use it. According to experts like Ido Fishman, the biggest mistake that most people make is using their barbecue sauce incorrectly. This can be anywhere from using it too early during cooking, or using it as a marinade. BBQ sauce is a sweet one, which is made from ingredients, such as tomato ketchup, molasses and brown sugar. The sugar in the ingredients begins caramelizing at 320 F or 350 F.

This is faster than the time it takes your protein to cook. It will begin to blacken, smoke, or burn, but the inside remains raw. You can avoid this by cooking the chicken, meat, or ribs three quarters of the way, then coat and brush it with the sauce before you return it to the oven for caramelizing for the final quarter. The meal will be cooked through inside and you will have the tangy and sweet notes of barbecue on the outside.